Creating a business's brand with government

ESL is the world’s largest esports company, running major events around the world in an exciting and fast growing industry. The UK Government had not previously engaged with esports businesses and was not aware of the sector’s contribution to the UK. ESL retained Taso Advisory to change this.

Taso Advisory worked with ESL to develop a deep understanding of the business. We used this to build strong narratives alongside robust policy proposals on the issues that mattered to ESL’s operations. We sought to position ESL not just as a leading business in its own right, but as a convenor for the UK’s esports industry.

We identified the most important decision-makers and influencers for ESL and developed a strategic engagement plan. Taso Advisory then worked with ESL to execute on this plan.

“Esports is very much an emerging business, and although broadly it is recognised as a big opportunity, the question is often how and what. Taso Advisory were able to help ESL navigate and understand the importance of our relationship with government and, even more importantly, how we could provide value to government to help the industry grow.” 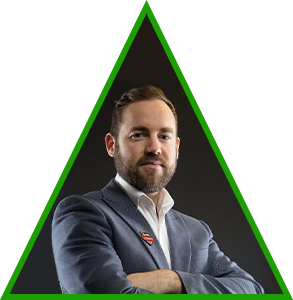 Taso Advisory secured exceptional results for ESL. From an industry with no government engagement or recognition, we have built ESL’s reputation as the leading business in an industry with the potential to be a national strength.

ESL has met with Secretaries of State, Ministers, shadow ministers, mayors and parliamentarians. The business was invited to give evidence to a Parliamentary Select Committee on the potential of esports in the UK. Further, ESL were awarded a multi million pound government innovation grant and have secured tax clarity for industry professionals. During the pandemic, ESL’s UK CEO was appointed to the government’s events industry advisory board.