Keeping the UK ahead of cyber threats

Cybersecurity has never been more important in both the public and private sectors. Around the world, nation states are ever more focused on building sovereign capacity and vibrant cybersecurity ecosystems.

Plexal is an innovation centre that delivers the UK’s largest cybersecurity accelerator, as well as technology programmes around the world. Plexal retained Taso Advisory to support them in promoting their successes to policymakers.

Taso Advisory developed a highly targeted strategy for Plexal, clearly identifying the points to land and the stakeholders that mattered.

We developed key messages and used Plexal’s community to build a network of advocates who could approach decision-makers with clear lines on our behalf. Further, we delivered an external report that showed Plexal’s enormous impact on the UK’s cybersecurity industry and ensured that it quickly got into the hands of the people that needed to read it most. Finally, we executed a programme of engagement for Plexal, meeting with influential ministers, officials and parliamentarians to present Plexal’s policy proposals.

Working with Taso Advisory has highlighted to us the commercial value of the right public affairs advice and support. The team took the time to understand our business and issues and have provided strong advice and supported in delivery. We've seen excellent results and I'm happy to recommend them. 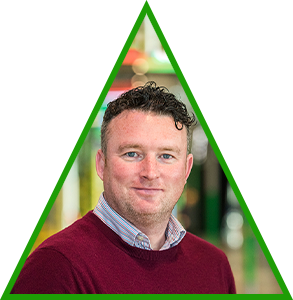 Taso Advisory’s programme of work was highly effective, achieving an agreed six months’ worth of outcomes in just two months.

Plexal was visited by the Secretary of State for Digital, Culture, Media and Sport and the Minister for Digital Infrastructure. This allowed Plexal to land their policy proposals and highlight their significant value. Further, Plexal were invited to contribute to the development of the UK’s next iteration of the UK’s National Cyber Security Strategy.

Plexal has since secured a continuation of a major government contract to deliver cybersecurity work on behalf of the UK Government.

Taso Advisory continues to work with Plexal on policy-led initiatives and innovation.